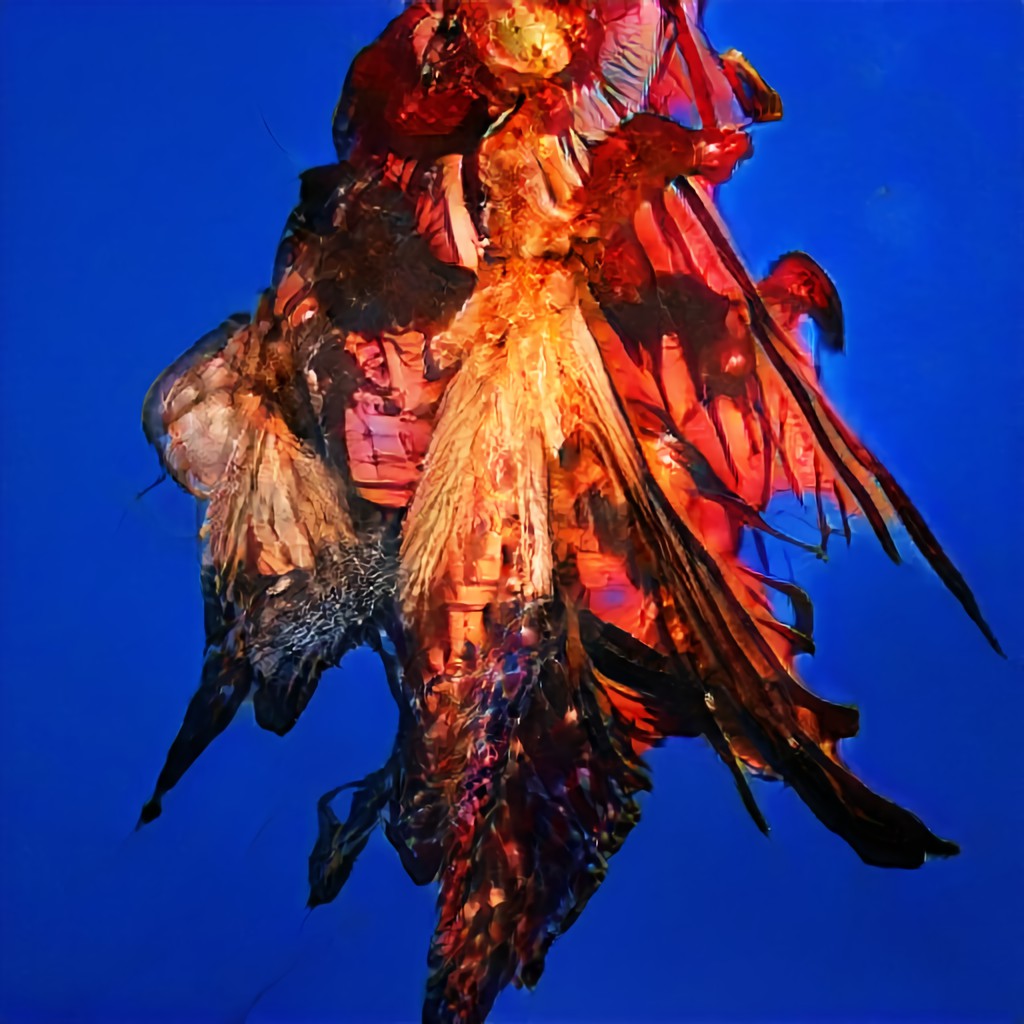 Last time we saw our brave boys, they had unleashed gravity-related destruction against the shriekmen, killing their own guide in the process. They then opened a path to the Diagnostics Centre of the Aquifer machine and headed there, evading an enormous predatory tentacle en route.

We picked up the action as Karak investigated the control console in the Diagnostics Centre. He was faced with a facility map labelled in an unknown language, which seemed to indicate damage or malfunction deeper into the facility. Karak was able to understand that one of the locations on the map was an oxygen recycling mechanism, but no more than that. Unable to glean further information from the facility map, the PCs elected to press on deeper into the Aquifer machine’s depths.

Leaving the Diagnostics Centre, the players were faced with an enormous shaft-like room, whose depths were flooded with water and whose ceiling was lost in darkness above them. The flooded shaft was punctuated by bridges, much like the bridge they had crossed to reach the Diagnostics Centre. To their dismay they saw that this shaft hosted three glowing blue jelly-tentacles, just like the single tentacle that had attacked them while they crossed the previous bridge. These tentacles were seemingly attached to something underneath the water at the bottom of the shaft. The PCs crossed the highest of the three bridges that spanned the flooded shaft. They were pleased to find that the tentacles were unable to reach high enough to grab them on this particular bridge, although it was clear they would have no such protection further down the shaft, and the staircase that would have led downwards had been destroyed by the tentacles.

Having crossed the bridge, the PCs discovered a ventilation shaft that was open and seemed to be used as a method of egress. Findus was lowered down on a rope to explore this area. He found it led down past a ring of crude spikes that had been welded into the air vent, into a space that was used as something’s living quarters. The room was furnished with rags and matting, and with a large quantity of gruesome preserved heads; both of shriekmen and of surface-dwellers. Despite these grisly trophies, the room appeared to be clear, and Findus could find nobody in the adjacent room either. He decided it was safe for the party to join him, in what they assumed had been the original dwelling place of the shriekmen they had killed on the dungeon’s upper level.

The party searched the shriekman dormitories. They uncovered two useful items: a gas grenade, filled with Normality Gas (a potent weapon against hypergeometric creatures and paradoxical beings) and a grapple-hook gun. However, they were rudely interrupted during their search by one of the blue tentacles, which reached into the room through a hole in the floor and started trying to grab them. Flim-Flam used his biotech glue-gun to stick the tentacle to the doorframe, precipitating a brief conflict that lasted until the other two tentacles came slithering into the room to free their sibling appendage, and the party quickly scarpered through a hole in the floor of the shriekman dormitories.

They found themselves in a room full of giant, domesticated aphids, which seemed tame and they assumed had been a food source for the shriekmen in happier times. The party immediately set about butchering the aphids and eating their flesh, as well as some surprisingly sweet-tasting egg sacs. Crunk decided to try and bond with one of the giant aphids, which Findus christened ‘Fiddy’. The insect took a shine to Crunk and began following him around.

The party had two exploration options: south, or down another deep dark shaft. Crunk decided to leap straight down the shaft; fortunately he landed in deep water and didn’t die instantly. The area he had dived into seemed to be some kind of shriekman cemetery, now half-flooded. Crunk changed his mind about wanting to be in the flooded graveyard and the party hoisted him back up the shaft using the grappling hook. Fiddy watched all of this without expression from the ceiling. Who can say what runs through a giant aphid’s mind?

Exploring to the south, the party found what seemed to be a shriekman prison – crude cages where the subterranean beings kept their captives. One was still alive- a true-kin man with disheveled blonde hair and a scruffy beard, who began yelling in a language nobody could understand when he saw them. Freeing him, the strange things about the man compounded. His manner of dress was odd- a jumpsuit, emblazoned with a patch showing a planet nobody recognised. Instead of one continent, the planet had seven, many with oceans between them! The man appeared terrified of the party, especially Findus and Karak, but attempted to make himself understood, repeating the phrase ‘Jo Nah Thon’, which they took to be his name. Helping him search the prison room, they found a black elasticated bag, which Jo Nah Thon tied around his waist. Within the bag he found a wrist-watch, which he eagerly began communing with and speaking to. The watch answered him in the same strange language. Jo Nah Thon was very upset by what the watch told him, although none of the party could begin to understand why.

A brisk, very fun session, with lots of thrills and spills. The players have of course guessed that Jo Nah Thon is actually named Jonathan, and comes from Earth as we know it. They haven’t decided whether he’s a time traveller, an astronaut, or an unfortunate cryogenics revivee yet (although I know, obviously). This is an element that really took a few players by surprise, more than anything else I’ve sprung on them during the campaign, but I’ve always intended to throw this element into the mix and felt this was the time. I see it as entirely in keeping with Vaarn’s mash-up sensibility, and I think having a bewildered Earthman as an NPC will be lots of fun. I have no plans for Johnathan except to see where the sessions take us -he might die next week for all I know – but I do know where he comes from and what that could mean for the players. Stay tuned!

Final note: All the Problems In This World have some Vaarn cassette tapes in stock at the moment, if you missed them the first time around.