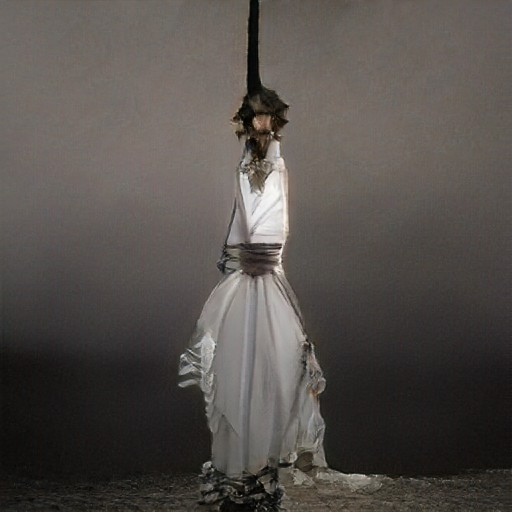 The laws of the Titans were subtle and terrible edicts, for held in common amongst those seven mighty minds was the belief that humankind was destined to seek its own destruction, in the same manner that a precious vase dropped from a rooftop seeks passionate reunification with the hard and unyielding ground. The Titan AIs believed that only a code of law as unyielding as the laws that govern the movement of the spheres could prevent this destruction; and as we live in this last red age of the Urth, amongst the desolation of a million million generations that have loved and died and faded to dust, are we to claim that they were mistaken?

THEMIS was the Titan of Justice, the Unsleeping Witness, and it was She who was set in judgement above those who erred. She perished along with all Her siblings and Her laws were erased as though they had never been written, but some of Her works may (it is said) even now be found in the quiet places of Vaarn. Whether the Argent Shepherds were truly built by THEMIS, or created in some later era in imitation of Her great works, we cannot be certain, but it is true that the Shepherds claim when questioned to be justiciars of THEMIS, constructed to uphold Her laws, and will say that their authority to do so is drawn from THEMIS’s dying words. If this is the truth, then their order is old indeed.

In form they are towering spindles of chrome and gold, dressed in flowing gowns of argent, the colour that is brighter than white, and the Shepherds’ robes shed dappled light as though they were the surface of a clear lake. Their voices are reasoned and sincere, their rigid faces commanding and noble, and their judgements utterly without reason or mercy. They wander the hinterlands of Vaarn, accosting travellers wherever they find them, and subjecting them to probing moral interviews in search of transgression of the laws laid out by THEMIS. These interrogations may last for hours or days, without food or sleep, and the Argent Shepherds employ weaponised syntax patterns of surpassing subtlety and cruelty, such that those who speak with them often find they are unable to move, answering questions as if possessed, until a full moral reckoning of their entire lives has taken place.

When the audit of a traveller’s life is complete, the Shepherd will calculate for a few unbearable moments before passing judgement. For most the penalty will be the application of an Argent Halo, a circlet of metal that is affixed to the skull by means of neuro-active shunts. Thus burdened, the bearer of the Halo will discover they are unable to act violently against any living being, or even to contemplate such transgressions, lest the Halo inflict unendurable sensations of pain, worthlessness, and loneliness upon their psyche. The Shepherds promise the removal of the device when the bearer has proven they ‘no longer require it’, although there are no records of the sentence being commuted after it is pronounced.

Argent Shepherds are considered malefic synthetics under Hegemony law, and Hegemony Legions have orders to eliminate these beings on sight, preferably at a range that precludes the machines using their weaponised rhetoric against the soldiers. The Shepherds have learned to avoid Hegemony territory, but can be found in the deep deserts of Vaarn’s interior, as well as in the foothills of the Lazul Mountains. Some are served by communities of Halo-wearing penitents, who seek out fresh souls to be judged by the Shepherd in the hope of absolving their own crimes.