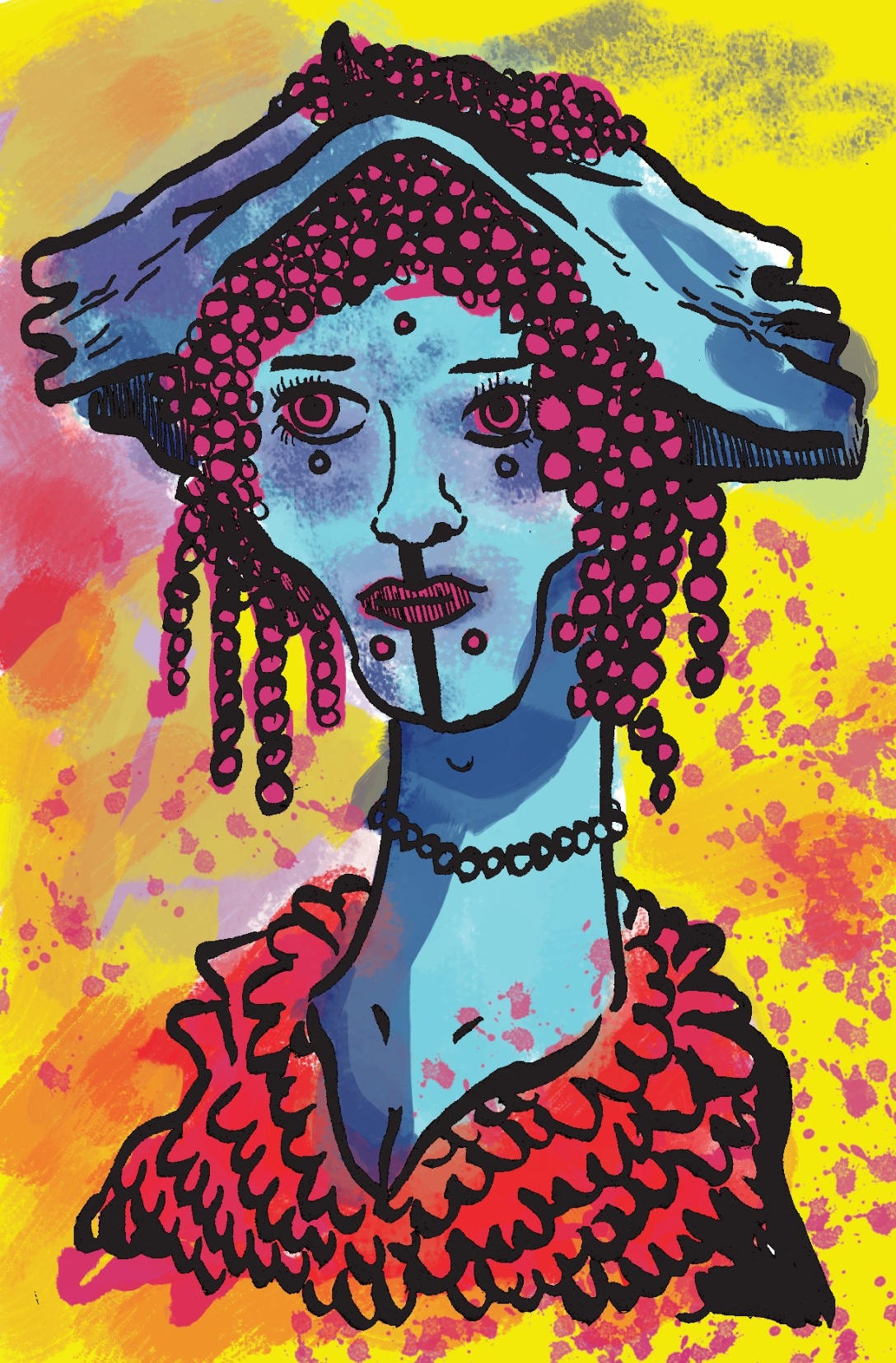 Issue two of Vaults of Vaarn is very nearly finished and should be releasing in the next two weeks. I wanted to show a spread I’ve been working on, to give you an idea of what to expect in the full release.

This is one of the double-page spreads that lets you generate a faction or organisation that players might interact with in Gnomon; in this case, one of the city’s insular and ancient Noble Houses. I’ve decided to roll the dice only once and see where it takes me.

The House sigil is a Zebra, their heirloom is a masterwork combat laser, and the family shame is that an ancestor was rumoured to have a hidden mutation. Their reputation is for melancholia, their frivolous pass-time is study of an extinct language, and they donate to the Temple of the Promised Sun.

Interesting. I feel like the reckless child was injured in some kind of duel involving the masterwork combat laser. Is the disgraced uncle the cause of the duel? Were they duelling the uncle? I think that’s a possibility.

I’m imagining the favoured son of the House, blinded in both eyes by their uncle during a formal laser duel. Perhaps the uncle made comments about the hidden mutation, implying that the son was descended from a cacogen? The conspiracy in this case could be the effort to cover up the family shame. The other children of the House doubtless seek vengeance. Their uncle, it is rumoured, took off on his auto-chariot, and may be hiding with some retainers in an abandoned outpost near the Valley of Faces. There could be a hefty reward if the party were to locate the uncle, and bring him back to Gnomon to be blinded.

2 thoughts on “NOBLE HOUSES OF GNOMON”